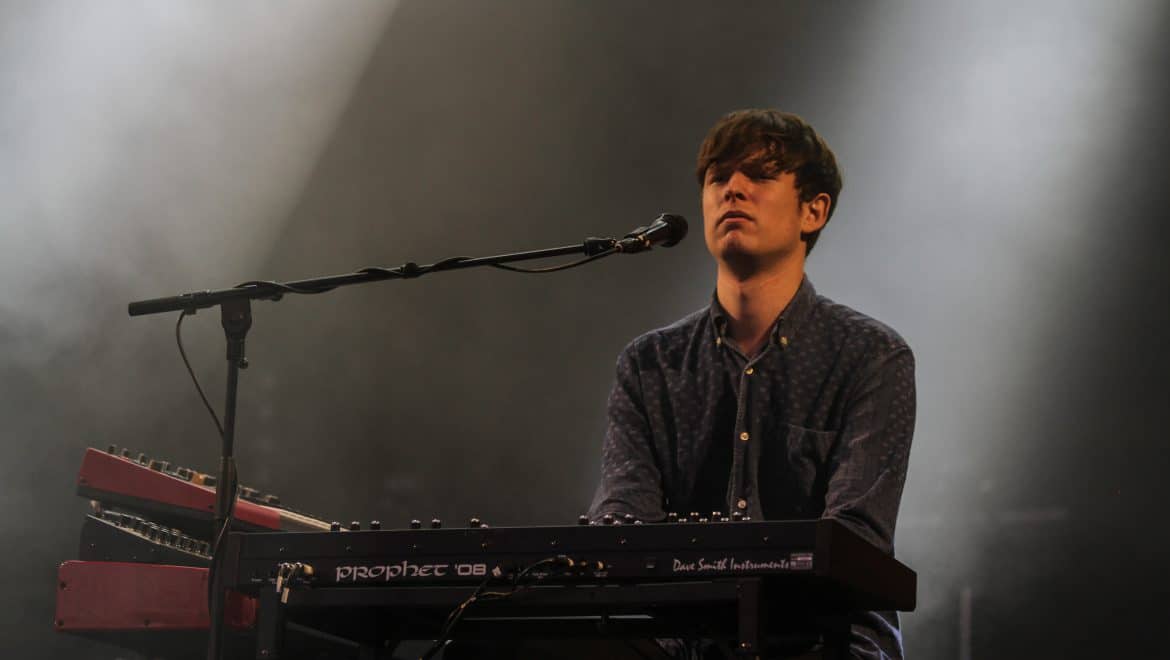 Somewhere between space and time, the twisted vibrations of James Blake’s self-titled album are now radiating out into the universe. These vibrations capture a sound somewhere in-between one hundred different variations of melancholy, but reach far beyond a single mood or genre. Instead, they drift far into unknown frequencies, as if careening through some unknown, yet certainly dark, void. As the album moves, this same cosmic sensation grows, as if you are getting closer to something while at the same time drifting further and further away.

Blake’s voice croons throughout almost the entire album, drifting in and out of rhythms that often hint at some sort of bass-ridden climax, but only momentarily depart from the woeful feeling of the album at large. The first track, Unluck is limited to low-key, pitter-patter percussion and simple chord progression, which leaves no doubt as to what the rest of the album holds; both strange subtleties and beautiful, practically haunting melody. The already acclaimed track, Wilhelms Scream, contains Blake’s voice fraught with doubt, singing through colliding sounds and repeatedly uttering one morbid yet comforting line: “I’m fallin, fallin, fallin, fallin / Might as well fall in.” This line has struck me, perhaps because it perfectly summarizes the sort of bleak but peaceful energy that permeates the album. Blake is soft spoken and provides lyrics that are sometimes too disguised in the midst of an eclectic range of noises, but are more often than not, effectively brief and poignant. The sounds move in and out, breaking and building but drastically defying patterns of verse/chorus/verse. At one point, I Never Learnt To Share blossoms with the rhythmic beating of synthesizers, until fading gently into the delicately auto-tuned hymn of Lindesfarne I and practically pop-sensible Lindesfarne II.

The album continues with James Blake’s impressively soulful voice gliding over piano keys on Give Me My Month and Why Don’t You Call Me. It works its way through layers of sorrow in a way that makes the work truly cohesive, but does not provide quiet enough diversity to satiate the anticipation that preceded it. The work as a whole is incredibly consistent and those who discovered Blake through singles like his glitchy electro/dubstep concoction Sparing the Horse may be dissatisfied with the lack of danceable, satisfying rhythms in this debut. However, this seems to be the intention, as the darkest moments of winter and most damaging instances of isolation provide the aura throughout. Still, deeper into the album, I Mind, does reach a sort of up-beat tempo at the halfway point, but this peak is an exception to technique which often utilizes silence, space and tension to reach into a hollow space and stir it into pain, longing and introspection.

Under his moniker, “Harmonimix”, the UK composer has dabbled with jovial raps like Drop It Like It’s Hot and A Milli, providing abstract but catchy renditions of chart smothering hits. However, nothing of the like can be found here. The lightest songs perpetually cycle back into darkness, creating a mature full-length that almost seems too saturated with pain to be debuted by an artist in his early twenties. This album is not the sort of thing that you want to play at parties, that is unless someone has just spilled the last bottle of wine and the host has been crying for several hours. Still, it is a beautiful work of tremendous depth, longing, severity and hurt, despite the despair sometimes feeling redundant. The final song, Measurements, is a long-winded, chant reminiscent of a one-man gospel. In fact, it sounds delightfully optimistic when juxtaposed with the rest of the album, ending the creation with a faint glimmer of hope. Blake never forgets to remind us, even if we’re drifting into the void, we can still pray to see the sun.