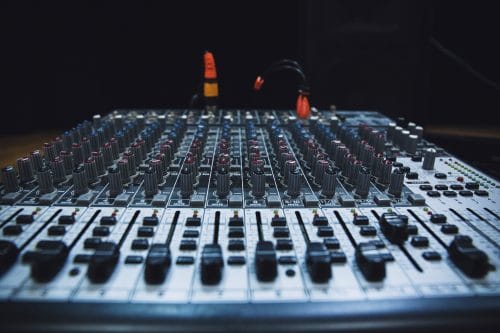 In the first decade of the new millennium, file sharing across both legal and illegal mediums thrived with remarkable resiliency. Technological advents like Napster in 1999, BitTorrent in 2001, MediaFire in 2005, and Megaupload (which has since been seized and shut down by The United States Department of Justice and now sports a barren ‘FBI Anti-Piracy Warning’ label) provided an unparalleled hotbed for music sharing as well as infinite fuel for copyright infringement cases around the globe.

The ongoing case surrounding Internet mogul Kim Dotcom, formerly known as Kim Schmitz, perfectly exemplifies the power that file sharing wields over the entertainment industry at large. His website, Megaupload, has been accused of stripping the entertainment industry of $500 million. Dotcom’s struggle in fighting attempts at extradition to the United States embodies the juxtaposition between a world of free enterprise and the copyright laws that are often ill-equipped to deal with the increasingly grey area surrounding the legality of file sharing and peer-to-peer networks.

On the other hand, the growing artistic capabilities of a copy and paste, doctor, alter, cut, rip, and mash-up generation has its definite (often non-pecuniary) advantages. For example, a musician by the name of Kutiman has created entirely original, critically acclaimed music that surpasses genre, location and uniform production from slicing and dicing YouTube clips into unfathomable combinations. A process like this allows artists to collaborate in highly intimate ways, without ever having met. While file sharing, splicing, sampling and digital communication all help to level the playing field between indie laptop producers who can record a collaborative album from opposite ends of the U.S. and the world’s highest grossing musicians, it undoubtedly raises a multitude of questions surrounding First Amendment rights, solicitation, privacy, intellectual property, and other issues.

Clearly, not everyone has been singing the praises of file sharing. The total revenue from U.S. music sales was slashed in half from 1999 to 2009, leaving the music industry reeling and at odds with its own consumers. The RIAA (Recording Industry Association of America) has attempted to stomp out the ubiquity of file sharing with numerous lawsuits against perpetrators of copyright infringement. In September of 2012, a woman by the name of Jammie Thomas-Rasset made headlines when the U.S. Court of Appeals for the Eighth Circuit ruled in favor of the RIAA in suing Thomas-Rasset for a whopping $222,000 over illegal uploading. Now, before you take to your backyards to bury your external hard drives, it’s important to note that the RIAA has begun to slow its campaign against file sharing, which has caused it a tremendous amount of bad publicity. Still, the lines between legality and infringement are paper thin, with some artists condoning music piracy and most adapting to the changing landscape to replace lost profit in an ‘adapt or die’ era.  All of this poses major new questions about the music industries ability (or inability) to remain both viable and copasetic amidst the changes.

While illegal downloading is extremely difficult to track precisely, Musicmetric’s Digital Music Index has taken on the challenge of sifting through mountains of data to draw an assessment. The result is a compiled analysis that tracks “the trends and preferences of millions of music fans across the globe.” The analysis reveals that within the first six months of 2012, the total number of music releases downloaded globally was 405 million. With 750,000 artists currently being tracked by Musicmetric, one can only assume that these numbers will continue to increase. Musicmetric provides data on the top downloaded singles, from Drake’s ‘The Motto’ in the U.S. to Sexion d’assaut’s L’Apogee in France and beyond. What’s important here is the idea that Musicmetric’s Digital Music Index takes the reality of music piracy directly into account across all analysis and projections. Downloading is no longer the byproduct of an industry, but rather, the meat of the industry itself (especially if eighteen dollar albums are the fat). As Digital Music Metric’s become increasingly important, look for album sales and iTunes charts to shed light on only a fraction of the pop-culture pulse. When we witness both viral art and the art of going viral, we are sitting atop the crest of not only a morphing music industry, but of an evolving global landscape that sees restrictions over the act of creation as increasingly passé.