The Advance: Heems – So NY (Prod. by Harry Fraud) 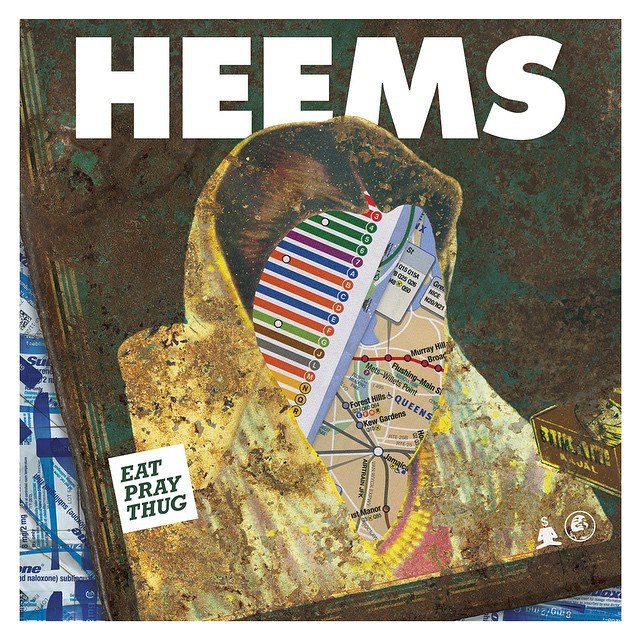 Heems might still be lugging around the ‘Ex-Das Racist’ label, but certainly not for long. With the release of his debut solo album, Eat, Pray, Thug, Himanshu Suri further secures his celebrated status as Punjabi-American rapper extraordinaire, no longer in need of the safety net cast by former billboard fame. Eat, Pray, Thug was recorded between Bombay and Brooklyn. This intentional duality allows Heems to straddle two worlds 8,000 miles apart; while still managing to convert his highly complex worldview into palatable, bite-sized hooks. When the laser-like percussion of Heems’ “So NY” skitters across the album within the first five minutes, it elicits an immediate curiosity as to what stylistic range Heems has developed since his 2012 mixtape, Wild Water Kingdom. On Eat, Pray, Thug it’s basically a 50/50 split between tracks that lean pop, and those that lean political. When it comes to “So NY”, the tracks exquisitely reckless rattle was produced by the Brooklyn-native Harry Fraud, and perfectly epitomizes how Heems has (for the most part) abandoned stark satire in order to sell quality over novelty.

Heems spits without reservation, supplying heaps of hooks and quizzical puns that usually land somewhere between strung out one-liner and brilliant double entendre. He covers a huge breadth of issues, able to discuss socio-economic woes and the racially-specific threat of drone strikes in a single breath: “I’m so New York yo’ I live with my mama/ had to leave Williamsburg and all the white drama/ had to leave my home they kept calling me Osama/ had to leave my home cause of drones and Obama.” “So NY” is only the slightest taste of the album as a whole, but hints at an artist with far more longevity than probably anybody (including himself) first predicted. Heems’ perspective and artistic progression are more prevalent than anything, driven by a candid hunger and honesty that makes him as endearing as a person as he is a rapper. 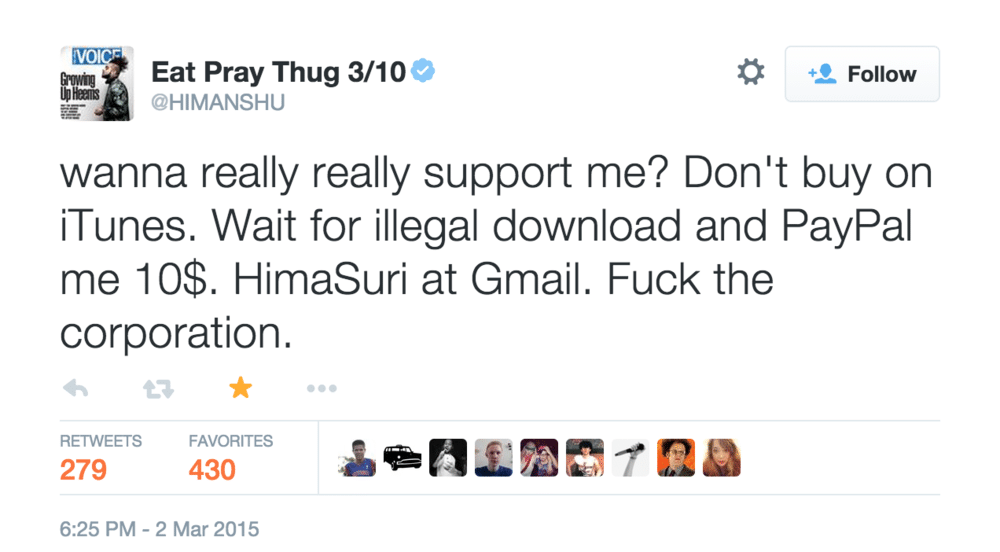 Eat, Pray, Thug is out tomorrow via Megaforce.