SoundCloud Is A Music App For The Ages 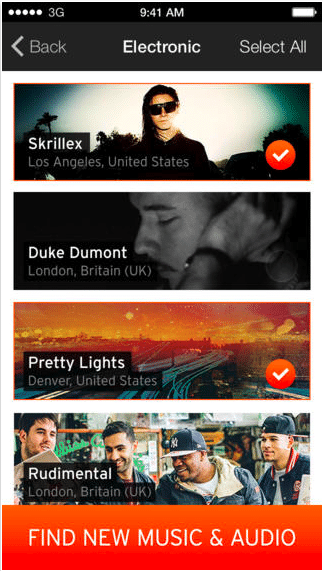 In the last five years, SoundCloud has stormed into the digital music realm at incredible speeds. From the impossibly orange logo to the name itself, SoundCloud has made storing music digitally as easy and accessible as it’s ever been.

For that noble service, the app has garnered the attention of countless websites, blogs, investors, and not to mention, millions of users.

Based in Berlin, SoundCloud has morphed the music landscape once more, and is one of the richest possible environments for modern music across all genres.

When it comes to SoundCloud, it’s really all about the hearts and the reposts. You give a “heart” to a song when you like it, and it is instantly added to the “Like” category of your account. You can also repost songs, which is similar to the “retweet” category of Twitter. This function takes a song in someone else’s playlist, and immediately tosses it into yours. These are just two ways to share and broadcast your favorite tunes, as you quickly learn to curate your own favorites and navigate easily through the app.

Of course, SoundCloud allows you to upload your own artwork and original tracks too, so it’s the app of choice of developing and established music producers alike. It’s neat array of tightly constructed features help SoundCloud to simultaneously act as an observer and participant in the new music industry. 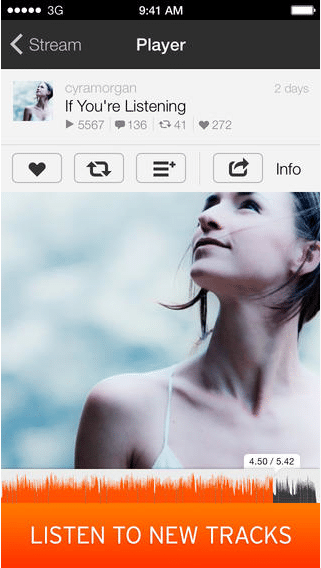 This app is updated extremely frequently, and although it can be known to crash and have faulty, sticky versions, it is above all else, a well-oiled machine. Less than par updates are scrapped within the week, and the development team has done a marvelous job of keeping up with unprecedented growth.

In just over five years, this app has grown from an idea to a staple. It almost always runs at lightning speeds, and optimizes streaming regardless of a tracks quality.

The concept is keen enough to have this app on an international stage, and it’s most recent valuation was at around 700 million dollars. Now if that doesn’t convince you, you’ll just have to listen to the impeccable sound quality that carries millions of tunes across the cloud and straight into your pocket.

This app isn’t just good; it’s in the hall of fame. For new music producers, SoundCloud is an absolute must. There is a massive fanbase captured by SoundCloud, and it is an invaluable hotbed for more unexposed music goodness than most people can even imagine.

SoundCloud is an immediate way to gain instant access to a futuristic music landscape that puts radio by the wayside as an entirely antiquated medium.

The democratic direction of music in 2014 is perfectly exemplified by SoundCloud, and the price tag is equally digestible for people from all across the globe. If you don’t have it by now, it’s never too late to get in on this remarkable app. 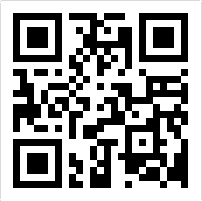 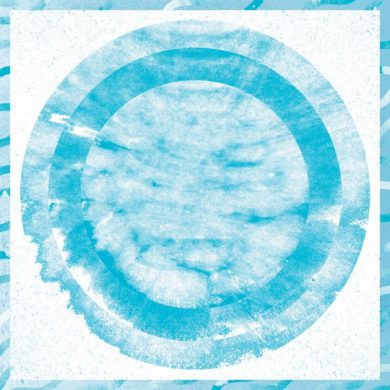