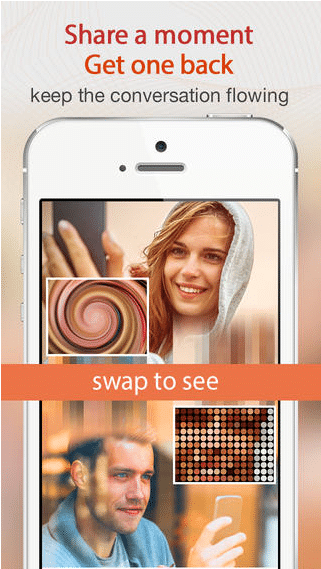 Snapchat came onto the scene and totally re-invented the wheel when it comes to methods of communicating between iPhones and mobile devices. By erasing sent and received messages after 10 seconds or less, the app revolutionized chatting and added a surreptitious element to online world of messaging. Now, in the same vein of Snapchat, Flipstream has come into the App marketplace in full swing. This app allows you to share photos with friends, and cloak the photos with a distortion effect, until you receive one in return.

This means that you can capture your girlfriend’s attention with a vibrant snap, but keep this snap hidden until you’ve received yours. It’s this emphasis on reciprocity that allows Flipstream to capitalize on a niche’s niche, and shows some major conceptual and developmental capability at the same time.

There’s a viral feel to this entire app, which encourages you to “Snap, Cloak, Swap!” and puts its own spin on the art of communication.

Signing up for this app isn’t the easiest, but will allow you to import your contact list and message your friends to get started quickly enough. Input your phone number, confirm your verification code, and then begin to message your friends distorted images to capture their interest. The more friends you add, the more filters you’ll be able to use.

An additional chat option allows you to accompany your images with text, and you can utilize group messages, as well as upload to Facebook and Twitter via Social Media. 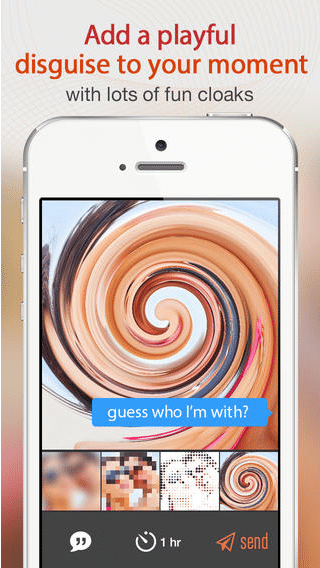 With frequent updates and a genuine desire to spice up the App world, Flipstream is definitely an interesting addition to our communication rotation. The app earns its accolades and has a light and entertaining feel that’s bound to attract scores of users.

The fact is, Snapchat made International headlines when it rejected Facebook’s $3 billion offer. That left the door wide open for spin offs that could at least hit a valuation of a few million if they can capitalize on even a segment of Snapchat’s market. Flipstream is this very attempt, to take a successful formula, dye it a new color, and make the big-time. And who is to say they won’t?

This app has a lot going for it. Stellar functionality, a fun theme, and a huge market all lead to an optimistic review for Flipstream. You won’t spend cold cash downloading, and can get extra kicks by doing so. With an International rollout coming next month, it’s only a matter of time until this one blows up.